The Marvel Of Shungite 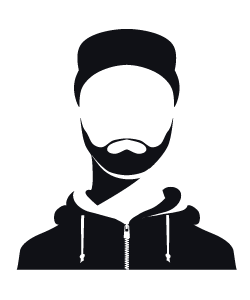 When was the last time you headed out to shop just for the fun of it? Although many people consider shopping a chore, the fact of the matter is that getting out there and doing what you can to score a few great deals can really pay off in the end. I have always loved the art of finding a deal, so I started thinking about different ways that I could add more interesting shopping into my life. Check out this blog for insightful ideas on how to shop for success--even when you aren't quite sure what you are looking for.

The Marvel Of Shungite

Shungite makes amazing jewelry. This brilliant black crystalline stone that's about 98 percent carbon proves to be a show stopper. It instantly reminds you of onyx, but there's a slight orangish hue that reminds you that this is something different, a unique mineral that's found in only a few places on Earth.

Most shungite that's available comes from northwestern Russia near the Finnish border. The name "shungite" comes from Shunga, a small village near where it's mined. In recent years, jewelry crafted from shungite has become increasingly popular for a couple of reasons like:

Shungite also contains trace amounts of nearly every element on the periodic table. This is in addition to having fullerenes, one of the rarest and largest naturally occurring carbon molecules on earth. A single fullerene molecule contains 60 carbon atoms that are arranged in a perfect sphere shape with a hollow inside. This makes shungite a geologic marvel that's also mesmerizing to look at.

Contrast also explains why shungite looks amazing on people with pale complections. Its darkness looks amazing against a light-skinned chest, drawing the eye and making it difficult to look away. A jet black shungite stone makes the perfect necklace pendant for both men and women.

​Carbon nanostructures like fullerenes are known to be anti-pathogenic. What this actually means for humans is unclear. Still, people in the region where shungite is found have used the mineral to purify water for centuries.

In the field of holistic medicine, drinking water that's infused with shungite is said to provide relief for a host of physical ailments, from allergies to chronic fatigue and liver problems.

Lastly, some people believe that shungite protects against electromagnetic radiation. Wearing a shungite stone pendant against your chest may help shield the electrics of your heart from interference caused by the high-frequency radio signals that are emitted from cellphones. Again, there's no actual proof of this, but it is theoretically possible that shungite does absorb EMF radiation.

Look into elite shrungite pendant necklaces if you want to see what's available. You can use a necklace as a beautiful statement piece or as part of alternative medicine.